I wasn’t my usual chipper self when giving this interview, and when I received the notes back I realised that I sound like a proper arsey little madam!

1. I was surprised when you told me that Porters in a College don’t actually carry any bags for anyone. They simply guard the keys.

Portering is far more than just guarding keys, I assure you! The Porters ensure the smooth running of the day-to-day business of College life, handling everything from the post to broken hearts. They are the backbone of academia – providing security, advice and a friendly ear at any time of the day or night. Guarding keys, indeed. Pah! Philistine.

2. PorterGirl is a work of fiction but based heavily on your life as the first female Deputy Head Porter at a Cambridge college. What was the hardest thing about writing this book?

3. Was there lots you had to leave out so you weren’t sued? If so, can you hint at some of them?

There was never any question of me being (successfully) sued, the libel laws in this country leave a lot of scope for satire and parody. Although the publicity would be handy right about now, don’t you think? There are certainly things I could have written differently to give a more accurate account of my time there, but it wouldn’t have been as much fun. If you are hinting at nefarious goings on, well – it’s all in there, one way or another, if you know where to look.

4. It is a story about a woman finding it hard to fit in to what was a male dominated world. What are your views on that word then and now?

I came into that world wide-eyed and dumbfounded by the history, the elitism and the sheer otherworldliness of it all. As a very working class girl with little education to speak of, it really was like entering Wonderland. The casual misogyny was quite amusing at first and, to be honest, in reality it was limited to a few antiquated old duffers who probably still thought there was a war on. A lot of people were quite pleased to see me. That didn’t last long. Although it is a world I could never really fit in to, I have enormous respect and admiration for Cambridge University. You don’t get to be at the top of your game for over 800 years without doing something right.

5. PorterGirl isn’t a super hero though some might think she sounds like one, you just need the cape and knickers over your trousers. What super powers would you give her and why?

Invisibility, so she could listen in to all the plotting, unnoticed.

6. And what about you Lucy Brazier, what super powers would you like and why?

A bottomless stomach and a psychotic metabolism, so I could eat all the time and not get fat. Also being able to turn water into wine would be cool. I can do it the other way round, but that’s not so special.

7. PorterGirl is a murder mystery, I’ll not give too many spoilers, of who, how or when. Who are your favourite murder mystery writers and why?

Agatha Christie is the absolute last word in murder mystery. No one does it as well as her. Her mysteries are so devilishly crafted and her characters beautifully presented. In all her books, the clues are there for the reader to solve, if only they can pick them out. She is also the master of the red herring, a notoriously tricky thing to pull off in writing.

8. If PorterGirl was made into a movie or TV series who would you like to play the lead role and why?

It has been mentioned before that Sheridan Smith would be perfect. Although Eddie Izzard in drag would probably be closer to what I am actually like.

9. If they did, would you do a cameo role and if so what part would you give yourself?

Absolutely not, I hate being on camera. But if I absolutely had to, I would play a visiting food tester who embarks upon a passionate affair with Head Gardener (played by Sean Bean).

10. Are we to read more PorterGirl murder adventures? If so can you hint at the next story?

There will certainly be more PorterGirl, but the murders are the sub-plot, really. The next tale will involve a mysterious theft and relations with arch rivals Hawkins College will be further inflamed when they are implicated. But all is not as it seems and our bowler hatted heroes find themselves embroiled in something quite unexpected. Old College has a bloody and brutal history, however, and that isn’t going away any time soon.

11. Is there romance in PorterGirl’s life? If so, when and with who?

I have no idea how to write romance, so the chances of her having anything beyond a passing flirtation are slim. She has always held a torch for The Dean, of course, but College hierarchy could never allow for a relationship between a member of The Fellowship and a College servant. There is a quirky American Professor who joins Old College at the same time she does and there is definitely an attraction between them. We will have to wait and see how that develops. Illicit romps with Head Gardener (played by Sean Bean) are a possibility.

12. How much of you is in PorterGirl and how much of her is in you?

Deputy Head Porter is just me with all the flaws airbrushed out. When I first started writing the blog, I was still at the College and it was a documentation of my time there, so I was writing very much in my own ‘voice’. She is a heavily filtered version of me. The unfiltered version of me would not work well with cosy fiction.

It just writes itself! It is an awful lot of fun to write and because it doesn’t fit squarely into any particular genre or style, I can write it just how I want.

14. What advice would you give to any up and coming writer or someone trying a new career for that matter?

I am still up and coming myself, so all I can advise is just keep writing, every day, no excuses. You are not a writer if you don’t write. Start by writing what you love, find your own style and your own unique way of putting words on a page. Then, look for your market, your audience – find out what they want and give it to them, but with your own stamp all over it. As for trying a new career, embrace the change! Comfort zones are overrated. Get out there and scare yourself. And maybe keep a diary, too, just in case… 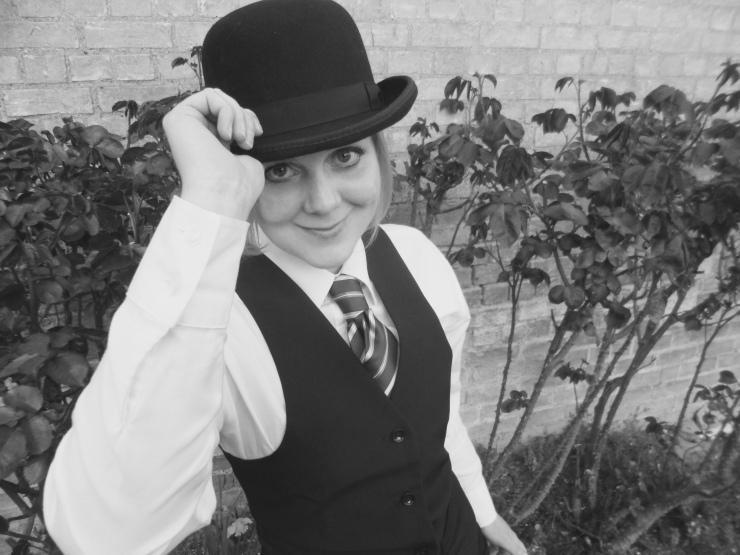