I am not an overly emotional person, for the most part. My British upper lip is as stiff as my over-ironed collars and I often display a polite disinterest in the face of over-wrought outbursts from all but my very nearest and dearest. There is little that inspires such excitement that it must be displayed outwardly. Except, of course, for food. I find food ridiculously exciting. Someone who knows me well gave me a thoughtful gift that represents my entire emotional range in coaster form… 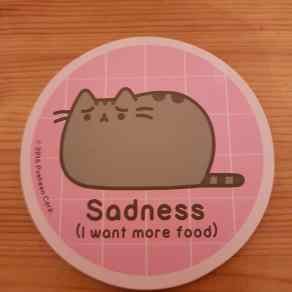 Over the years, I have spent more time thinking about food than I have my lovers and found it to be a greater source of jealousy, too. I have forgotten the names of many such lovers, yet remember with fond affection a leg of lamb I cooked one summer five years ago. I am protective of food, obsessed with and even a little aroused by it. My response towards food is disproportionate.

Bad grammar makes me a little twitchy, too. Incorrect usage of ‘less’ and ‘fewer’ inspire violent thoughts. Ending a sentence on a preposition is likely to invoke feelings of incredible discomfort, even though I realise this is now a largely outdated transgression and it often produces an unnatural word pattern. I don’t care how awkward I have to make that sentence – over my dead body is it going to end in a preposition. Just recently, a very disproportionate response to a preposition languishing at the end of a sentence was produced from the seemingly innocuous activity of listening to music.

Now, I have written music and lyrics. Even I do not think the medium of song is an appropriate place to be applying the stringent rules of language and grammar. That would be ridiculous. But, even taking into consideration the need for artistic license, I was thrown into a fit of fury by one particular song.

Whilst searching for something on an old laptop, I became distracted by a long-forgotten music library which contained, among other things, Use Your Illusion 1 by Guns N’ Roses (the ‘N’ being fairly irritating when surely an ampersand would not only do, but would be more aesthetically pleasing). I used to be a big fan of Guns N’ Roses and other bands of that ilk and for old times’ sake I hit play. The whiney, nasal vocals of lead singer Axl Rose were more annoying than I remembered, but nonetheless, it evoked dazzling memories from those glorious, cider-soaked summers of my youth when I rode motorbikes and had unsuitable boyfriends, so I let it play on. 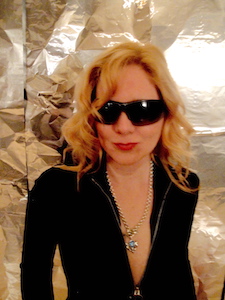 Then came one of my favourites – Live And Let Die. Overlooking the fact it was written by Linda & Paul McCartney (my least favourite of The Beatles, one of my least favourite bands), this is a pretty good song. And Guns N’ Roses do a stirring version. Which makes why I haven’t noticed the offending lyric before even more mystifying. Especially as I always sing along, as is my wont. The lyrics run thus…

Let me draw your attention to the line that follows ‘But in this ever changin’ world’. Yes that one. Now, alright, it ends with a preposition – that is annoying. But it’s a song, so… maybe it’s okay. What really isn’t okay is where those bloody McCartneys have actually set up the line in such a way that no preposition is needed on the end… BUT THEY PUT ONE ON THERE ANYWAY!! THE BASTARDS!!

I suppose you could argue that it is essential for the integrity of the melody but I would argue right back at you, sir, that BOTH ‘ins’ are not necessary at all! It would be perfectly simple to drop the first ‘in’ by replacing it with a breath between ‘world’ and ‘which’. I agree that dropping the last ‘in’ and extending the ‘live’ (‘li-ive!) doesn’t sound quite as good, but it could be done. THERE IS ABSOLUTELY NO NEED FOR BOTH OF THOSE INS!! Who would fool their audience into thinking they could relax and enjoy a well constructed sentence, only to shatter the hideous pretence only seconds later?! That, ladies and gentlemen, is what Paul McCartney thinks of you and I, the music-loving public. Bastard.

Anyway. This revelation has now ruined the song for me, but not only that – it has ruined the previously-loved Bond film of the same name, starring the immaculate Roger Moore and his performing eyebrow. Part of my life is destroyed forever, a ruinous mire of what it once was. And I am so very, very cross about it.

Disproportionate response? In this case I think, no. Fully justified.